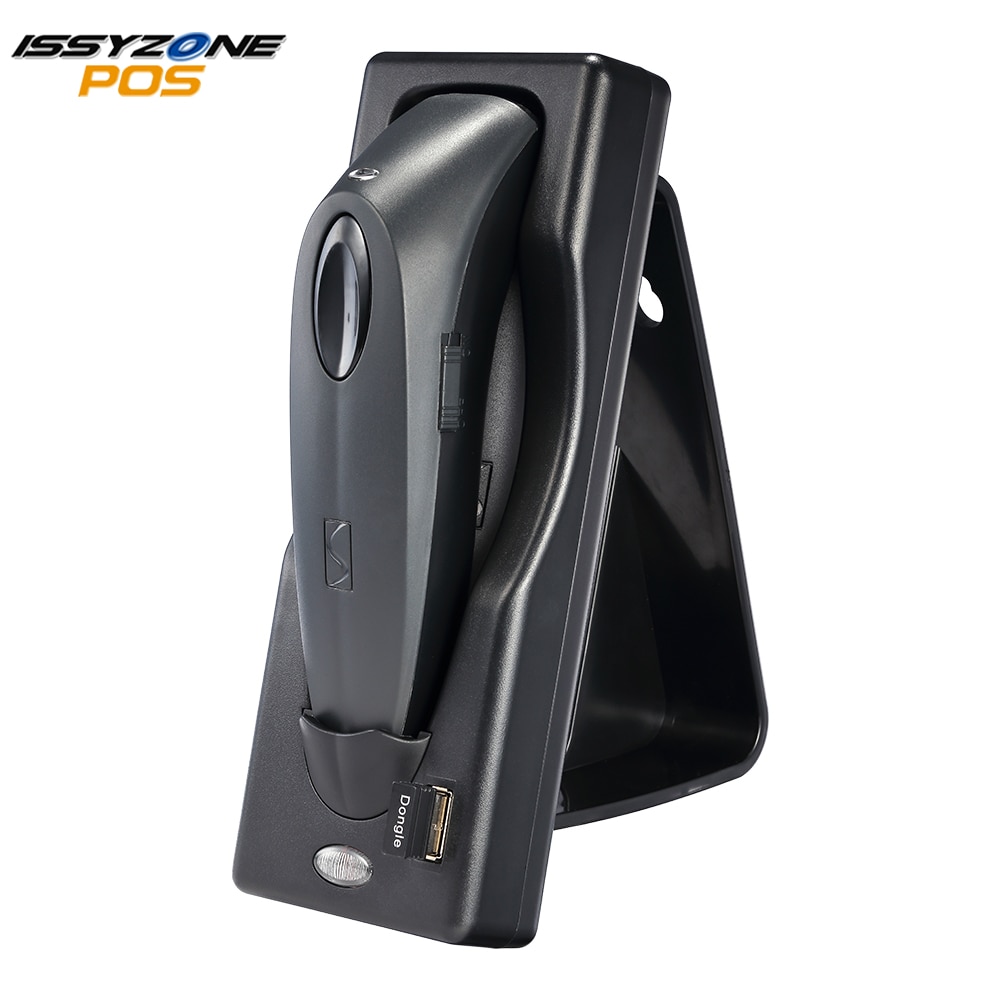 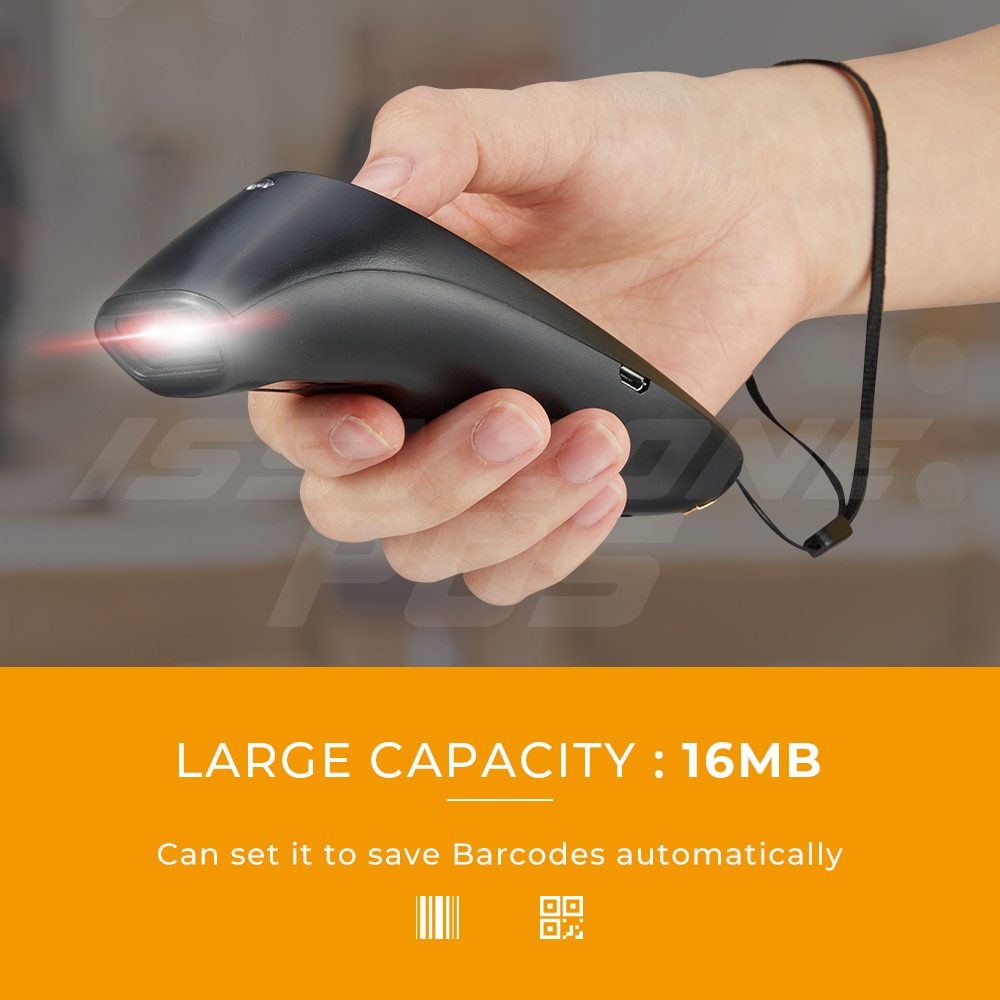 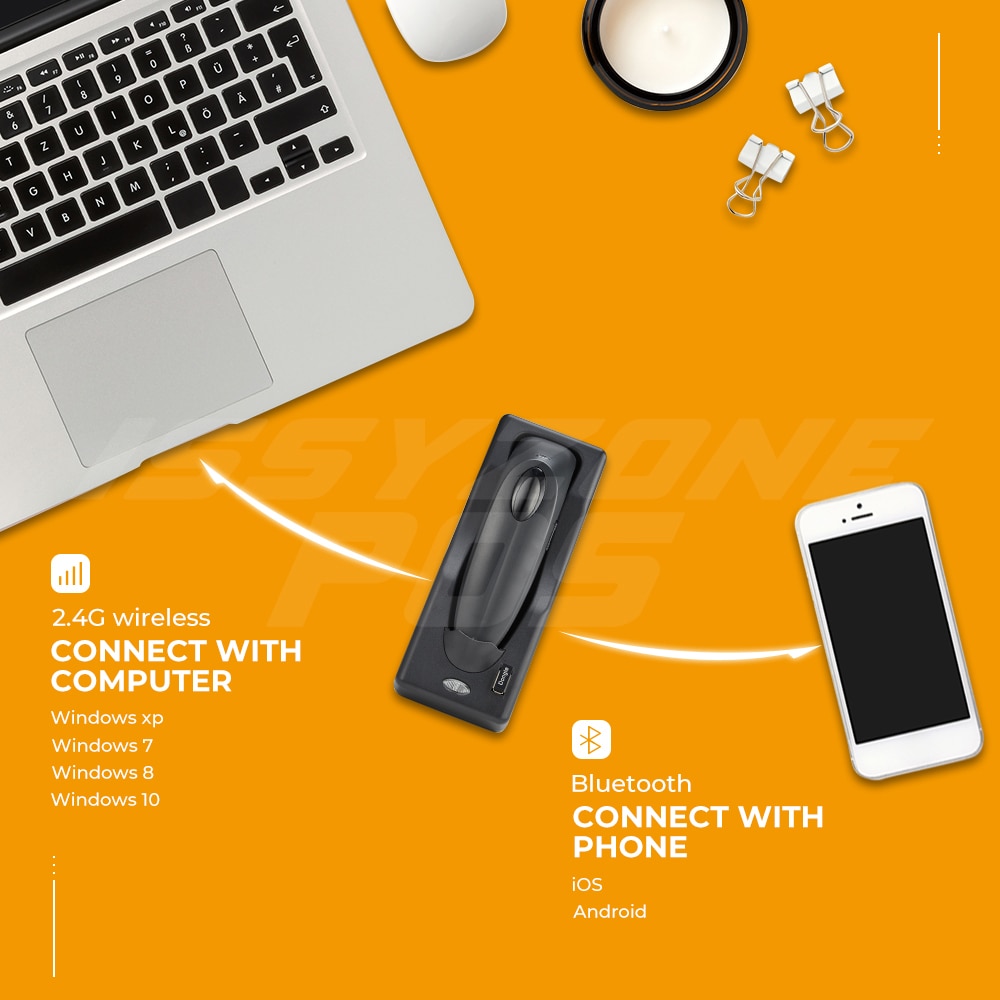 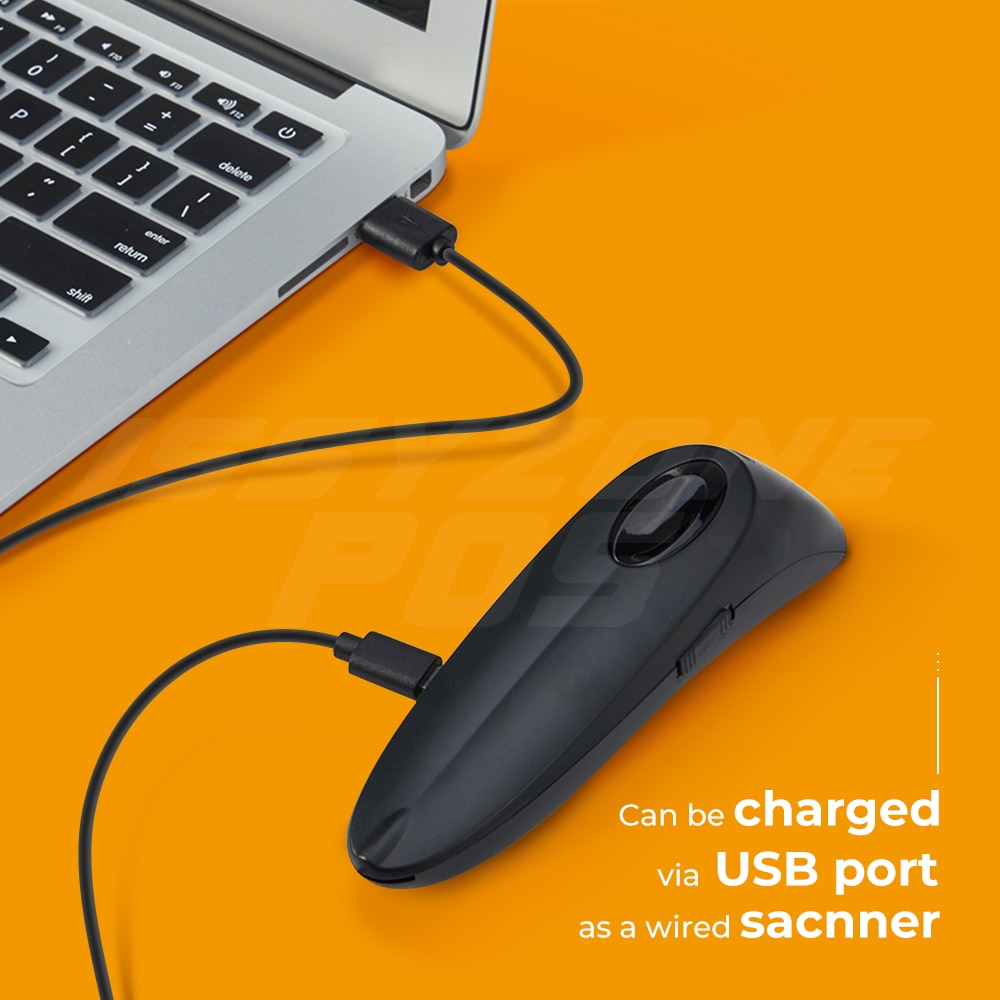 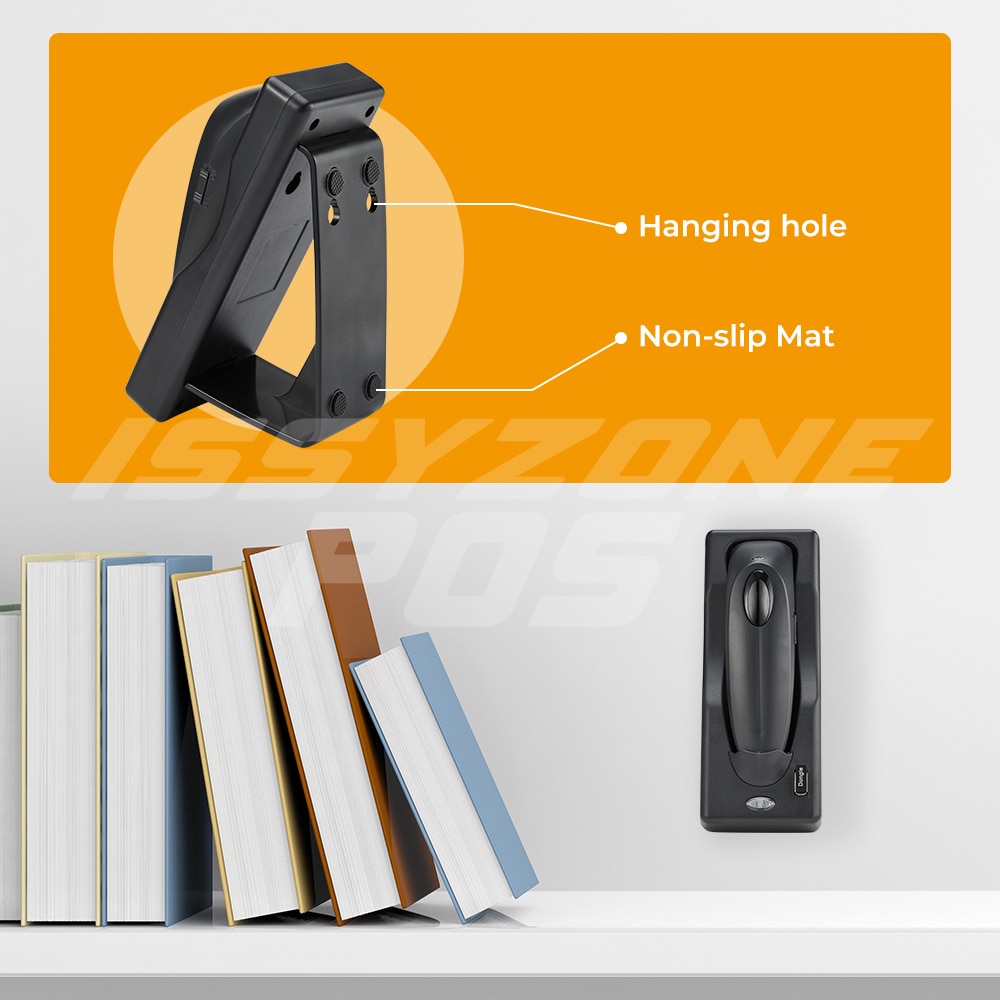 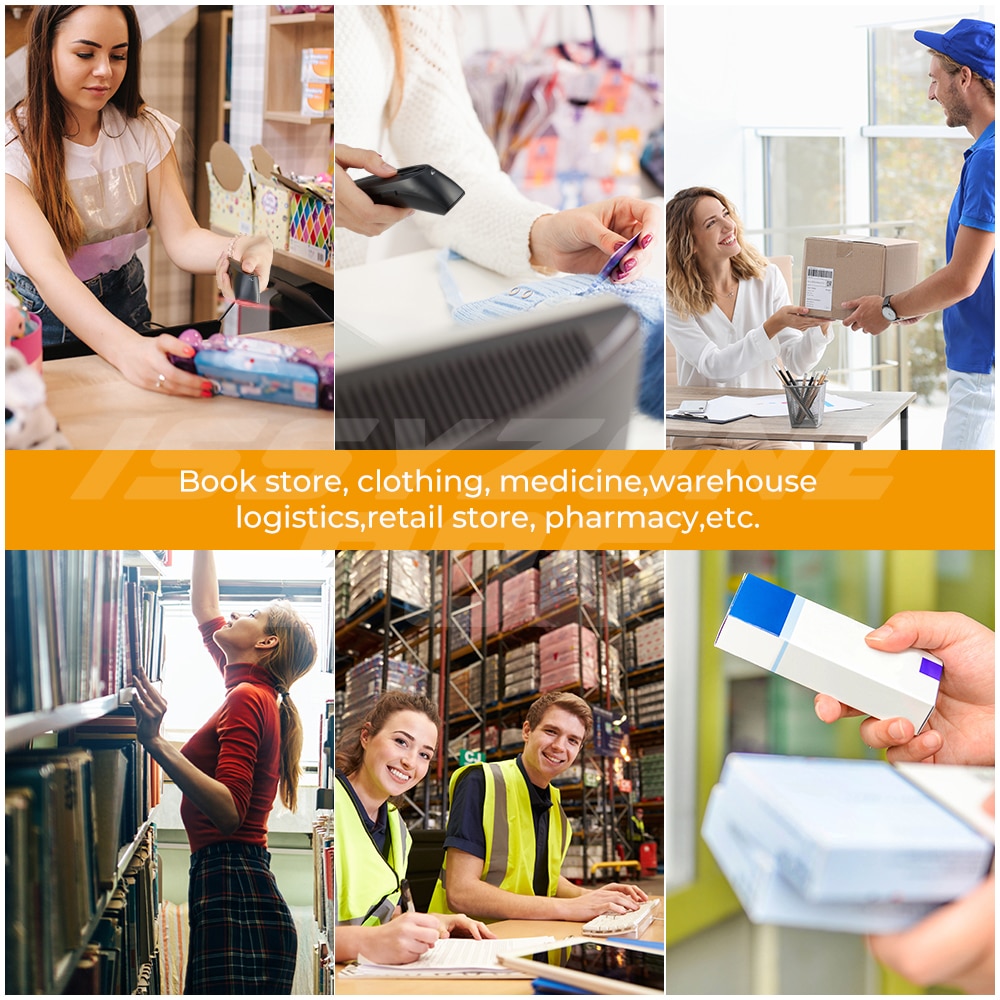 1.When using the 2.4G feature, it is possible to match desktop computers or PC terminals that do not support Bluetooth, supporting systems such as XP,Win7,Win8,Win10 .
2.When Bluetooth is used, it can match the phone of the Android,ios system or the PC terminal with Bluetooth features. 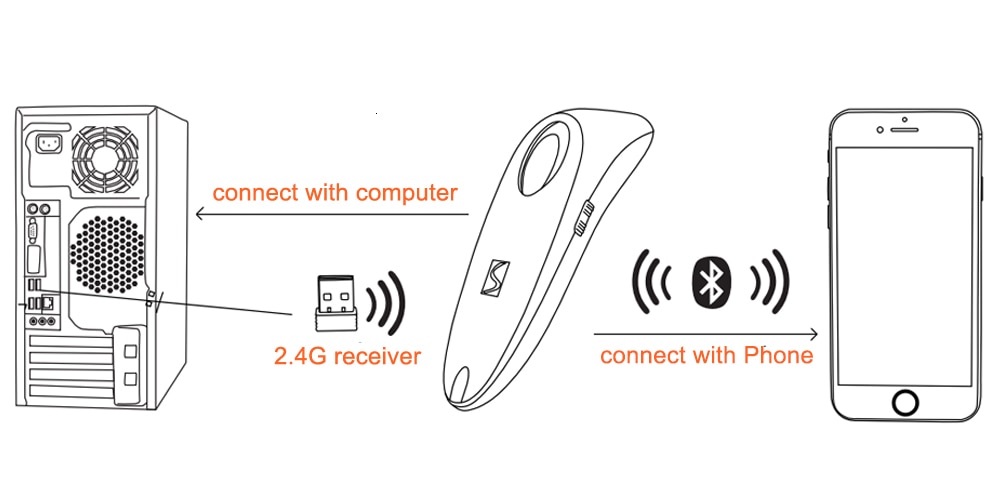 3.When charging, data cable is plugged in, USB terminal is connected to the computer, while charging the scanning gun, it can be used as a wired scanning gun at the same time. 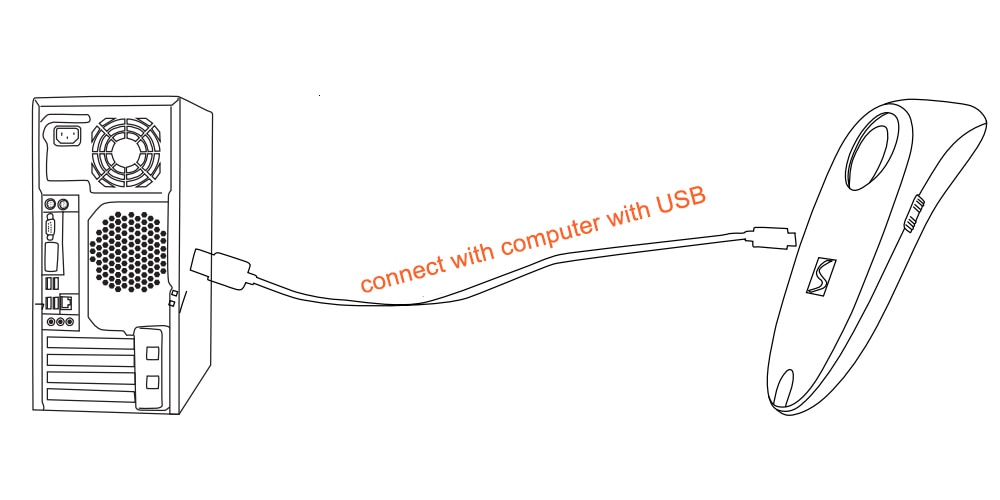 4.When used with the base:

a: base charging: connect the USB data cable, connect the other end to the computer, the base can be used as a charger,

(this method is available when Bluetooth or 2.4G features are used) 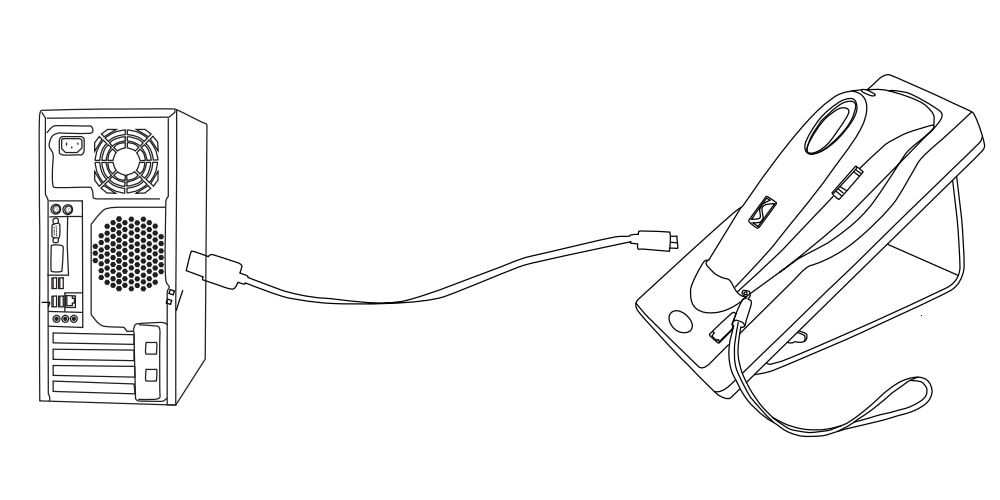 b: data transfer on one side of the base: when the base is connected to the USB cable, the other end is plugged into the computer.

2. When the receiver is plugged into the USB socket on the base and paired with the computer, the scanned information can be transmitted to the computer.

At this time, the base can be used not only as a transmission connection tool, but also as a charger.

This method solves the problem that the computer USB interface is not enough. (available for 2.4G features only) 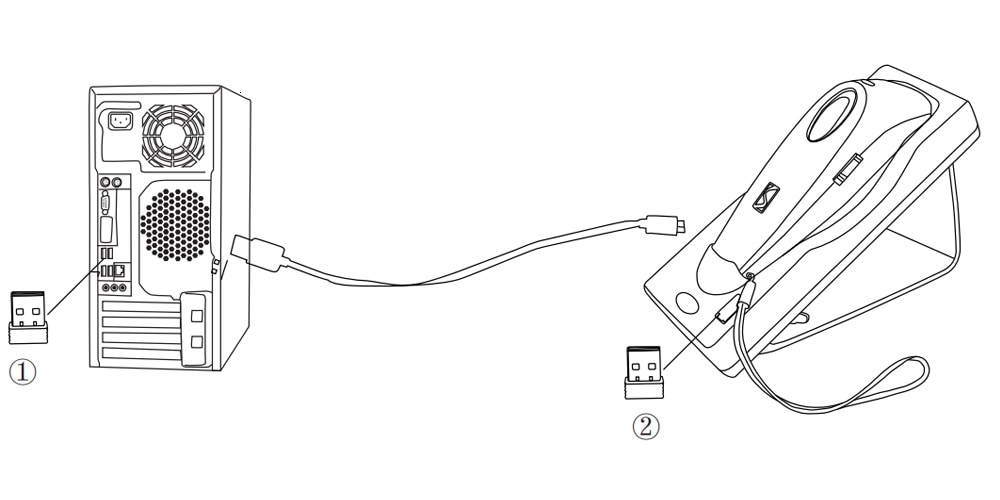